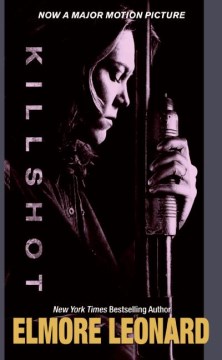 Wayne told her there was no difference between being up forty feet or four hundred; go off from either height it would kill you. If you had to fall, he told her, try to do it inside the structure, because they decked in every other floor as they bolted up. But either way, falling inside or out, it was called “going in the hole.”
===

“I shoot people,” the Blackbird said. “Sometimes for money, sometimes for nothing.” Without moving his head or even his eyes, staring at that wad of cash, Richie Nix said, “Can I tell you something?” “What?” “You’re just the guy I’m looking for.”
===
Donna told him to stay out of the bar at Sans Souci, Indians from Walpole Island drank there and got ugly. Oh, was that right? Richie dropped by one evening and glared for an hour at different ones and nobody made a move. Shit, Indians weren’t nothing to handle. Go in a colored joint and glare you’d bleed all the way to the hospital.